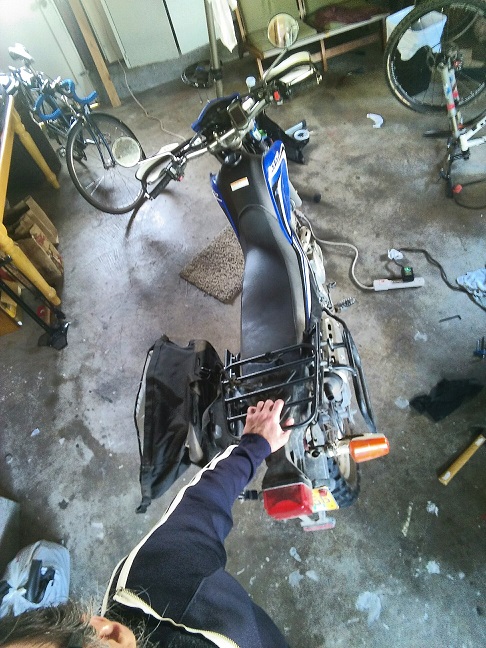 …different it feels exploring knowing that sit-down stops at a diners or coffee shops are not yet again routine, not quite yet allowed. A stop for the magic of something as simple as a chocolate chip cookie dipped in coffee, and that partially dissolved chocolate found in the last sip. All these tricks we’ve done over the centuries with plant matter. And then this loss of access to these stops leads me to wonder why I would even leave my neighborhood when such establishments are here; sometimes I think I could be a tourist just in my own neighborhood, and then I contemplate the meaning and purpose of tourism or exploring. I guess such establishments are the conduit and commonality between and among places, cultures and micro-cultures. And it’s these places I want to see because they tie things together.

Typically I would ride with a riding buddy. But last weekend I rode solo, actually passing through a riding buddy’s town, enjoying the aesthetic of the little berg, but unable to try any of the coffee joints. I’ve been riding strictly solo while restrictions seem to still be in place.

Now that I think about it, even when I’ve been overseas in quite different cultures, even if still western, I’ve actually not been that interested in food even though I enjoy it there. I’m more interested in being in the midst of the cultures’ age, history. Its age compared to young US culture is what has intrigued me. Sometimes I’d think US culture was ahead, and sometimes behind, whatever the place I visited. Even in the one eastern country I visited. Then I’d realize this inconsistency (“behind” versus “ahead”) was just pointing out that people are alike, which ties everything back together through similarity between places and cultures old and new. But then if I just walk into the woods for two days, any cultural differences are impossible, not even on the radar. The critters think and act mainly about and on food; but that’s what I’m frequently seeking out in small US towns: food — the connection between US micro-cultures.

But back to the “cultures’ ages” thing. Without that age/history of older towns by comparison to US ones — even western places like London — exploration of towns and culture here consists of absorbing a little town as a microcosm differing slightly in story from neighboring towns. Different stories, but similar or same routines and cafes, diners. People in general just seem to have the same pastimes regardless of where I am. On one level, these towns are all indistinguishable from any western culture on earth, and on another, each is its own thing: a microcosm which is separate by time-frame/history/story. Personal histories that make up neighborhood history, town history. Any larger scale than that and it tends to all blur again with the world’s western civilization in general.

People in my riding buddy’s town seemed to want the same thing as anyone else. To be out in the sun, to swim, to treat themselves to a restaurant meal or ice cream. To have a break from work life. To avoid or spend time with family, depending on their circumstances. These are my guesses about people while riding through, unable to hear through ear plugs let alone my helmet. A snapshot with assumptions built on learned and perceived histories.

All I’m saying is I rode through my friend’s town last weekend.