…Drift Creek is where I ended up a couple of weeks ago, after looking at the real-time wildfire map and air quality forecast, and road conditions. Not all that far from the coast. Near the trailhead there was a glimpse of the river meeting the ocean. 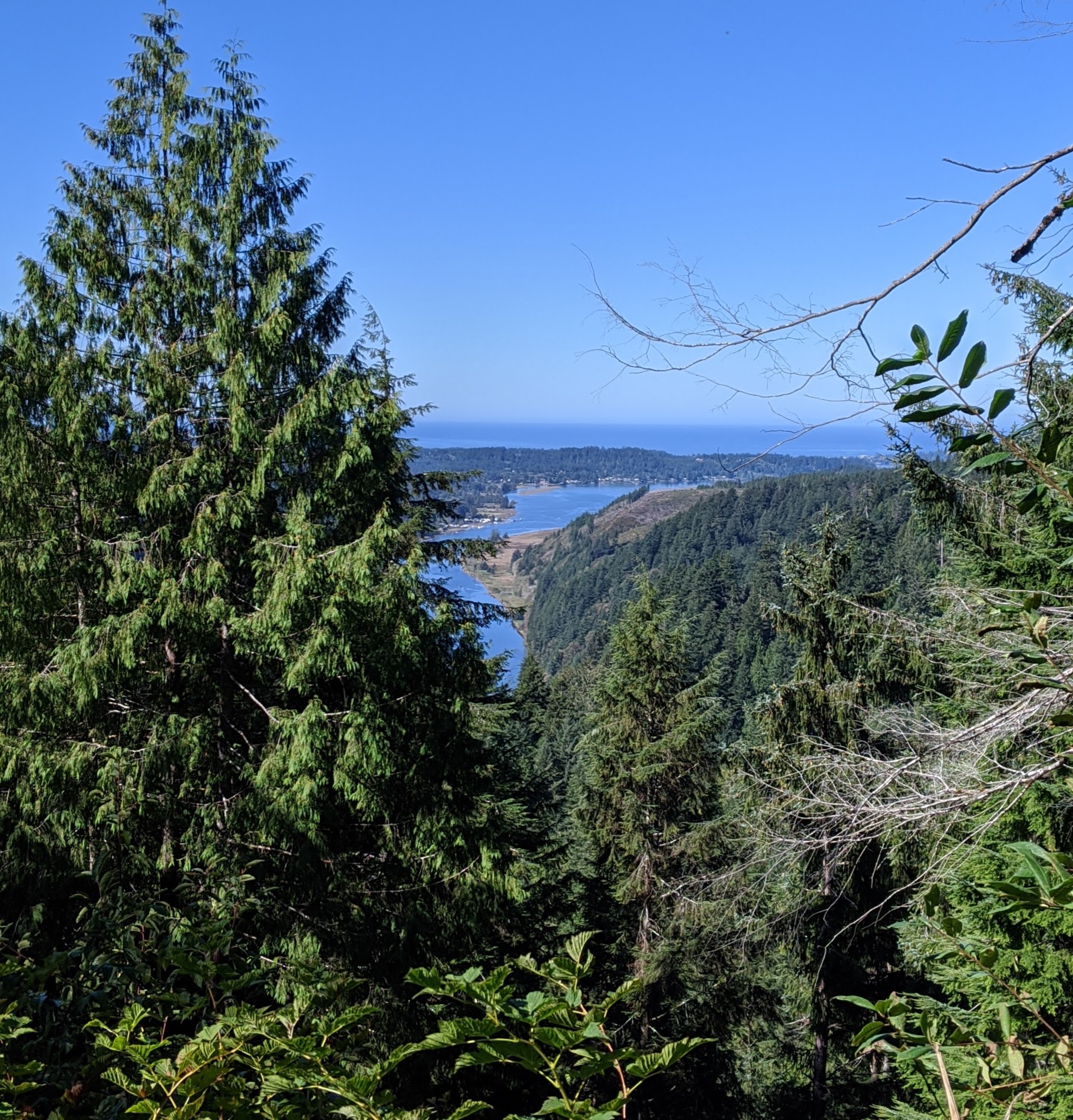 After gaining that elevation on the drive to the trailhead, the hike was all descent to the creek-side campsites. Listening to birdsong much of the way: 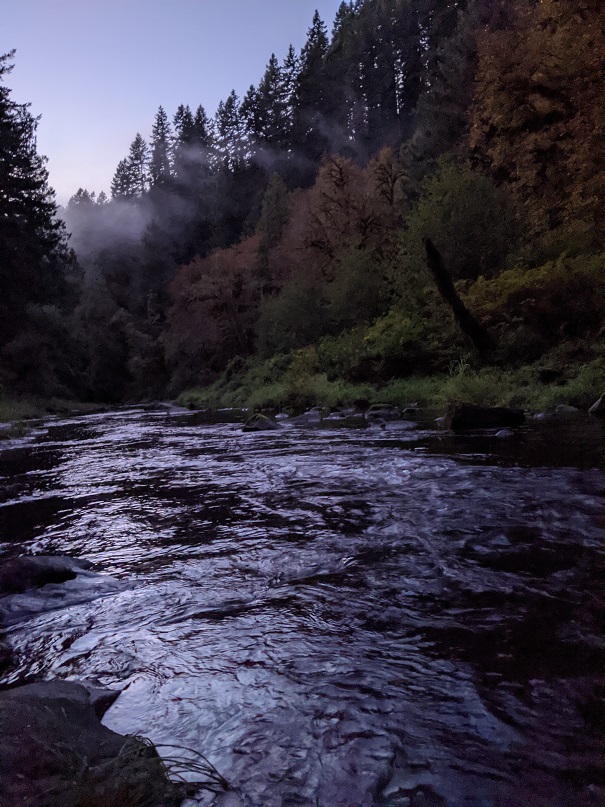 I ran into what I thought was a family (I later learned it was a boy scout group). Right/conservative-looking folks. But really, they were just more army surplus than rei aesthetically. Nice folks. A really nice kid in the group pointed me toward some great campsites along the creek when I asked if they knew of more downstream. My glance at his sheathed hunting knife might have looked like I was concerned, but in fact it was just that it was the same one I almost bought.

Kind of related, it’s odd how people on the left and right seem to fall in line and have hostility toward each other. The Right and Republicans should instead be grateful right now to the Democratic Party/DNC: in effort to protect its (Democrats’) wealthy donor-investors from its strong candidate (Sanders), who probably would have beat the Republican in 2016 and 2020, the Democrats/DNC instead knowingly ran its weak candidate — which handed victory to the Republican in 2016. This Democratic Party/DNC incompetence also paved the way for three conservative supreme court justice appointments (two were confirmed a while ago, one soon to be), plus many, many lower federal court conservative judge appointments already in place now. The Right should be delighted with the Democrats/DNC for bringing the USA a far-right White House and a now-heavily conservative supreme court — and for now re-gifting the Right in 2020 by again removing its strong candidate (Sanders) and instead running its weakling. This weakling candidate pick is also a gift to the Right because even if the president loses this November, it may make the loss so narrow that it bolsters his justification to doubt and contest the results with the help of his new, heavily conservative supreme court that the Democrats/DNC precipitated/paved the way for.

And the Left should not be hostile toward the Right/Republicans, but should instead be furious with the Democrats/DNC, who achieved exactly the opposite of what its supporters (the Left) wanted. Even if their weak-pick candidate were to win this time, the damage is done: we’ve already had about 4 years of a White House opposing the Democrats’/DNC’s supporters’ wishes in terms of domestic and foreign policy, and the supreme court has already been transformed into a service provider of conservative and extremist Republicans. (Out of respect for conservatives, it should be acknowledged that the Republican Party/RNC is currently extremist rather than conservative). The Left who voted Democrat in 2016 is still about to vote Democrat in 2020 even though the Dems/DNC are recycling their 2016 failed strategy of running their weak candidate. Anyway, the Left/centrist liberals/further left should be hostile toward the Democrats/DNC, not toward the Right/Republicans.

What a bunch of misplaced hostility there is.