…last weekend that the reason progressives are going to cast the fear vote in November (vote for the “lesser of two evils”) is that they are trained to think just in four-year spans or less. And by thinking ahead by only four years at most, they’ve maintained decades of Democrat-Republican office holders taking us to where we are. That is, we’ve had decades of the DRIT (Democrat-Republican Investment Tool) taking turns serving its investors (high-dollar campaign donors). I think progressives need to vote based on candidates’ platforms. Some mislabel this “voting with your heart” instead of your mind. But I think it would be voting with your mind; casting the fear vote is “voting with your heart”. But that labeling is nonsensical party PR to an extent anyway. Voting based on platform would mean progressives vote for Hawkins (or another progressive who is actually running) in November now that the Democrat wing of DRIT spit out Sanders again (i.e., the Democrat wing is knowingly running its weaker, investor-friendly candidate again, just like the last time they spit out Sanders). An effect of progressives voting based on platform could be the collapse of the Democratic wing (“party”). Yes, they’d have another four years of the current Republican presumably, but collapse of the Democratic wing would leave the Republican wing with no un/intentional partner in crime with which to continue more decades of investor rule (return on investment). The Democrat wing is the more insidious of the two; they actually entice progressives with a progressive candidate, withdraw the progressive (DNC tricks just spit out Sanders for the second time in a row), then scare a Democrat vote out of the progressives. We’re seeing it repeated, and even with the same progressive candidate-lure, Sanders. Progressives will cast this fear vote (vote again for the Democrat wing’s weaker candidate), to avoid four years of the darker shade of darkness from the Republican wing (but may fail to again) but maintain decades more of darkness from the DRIT. The Democrats accidentally protected the Republican last time by running their weaker candidate, and they’re protecting him again by running their weaker candidate now. And progressives again go along with this out of fear (instead of switching to a candidate whose platform they agree with/support). The Democrat wing in effect tries (and failed last time) to protect itself with [the fear of] the Republican wing candidate, but ironically instead protects him by running their weaker candidate.

Progressives’ goal in voting right now should be to collapse the Democrat wing (“party”). Progress they want won’t occur until this happens and opens up room for a viable progressive party or candidate. There won’t be a viable progressive party until the Republican wing’s better half (Democrat wing) collapses. This collapse can be initiated by progressives simply voting based on candidate platform rather than on fear. Some darkness (relative to the Democrat lighter shade of darkness) would continue for another four years at least, but progress usually takes sacrifice. Besides, we’ve already had decades of the DRIT tag team serving their donor-investors (the alternating shades of darkness). And decades more of lighter-alternating-with-darker darkness will continue if a short-term darker darkness isn’t tolerated/endured first for another four years. Again, this takes thinking in terms of decades, not in terms of four-year election cycles.

That’s my email signature anyway. I could be wrong.

Anyways, the hike was really nice last weekend. Again, we went to the east side of that mountain in the background: 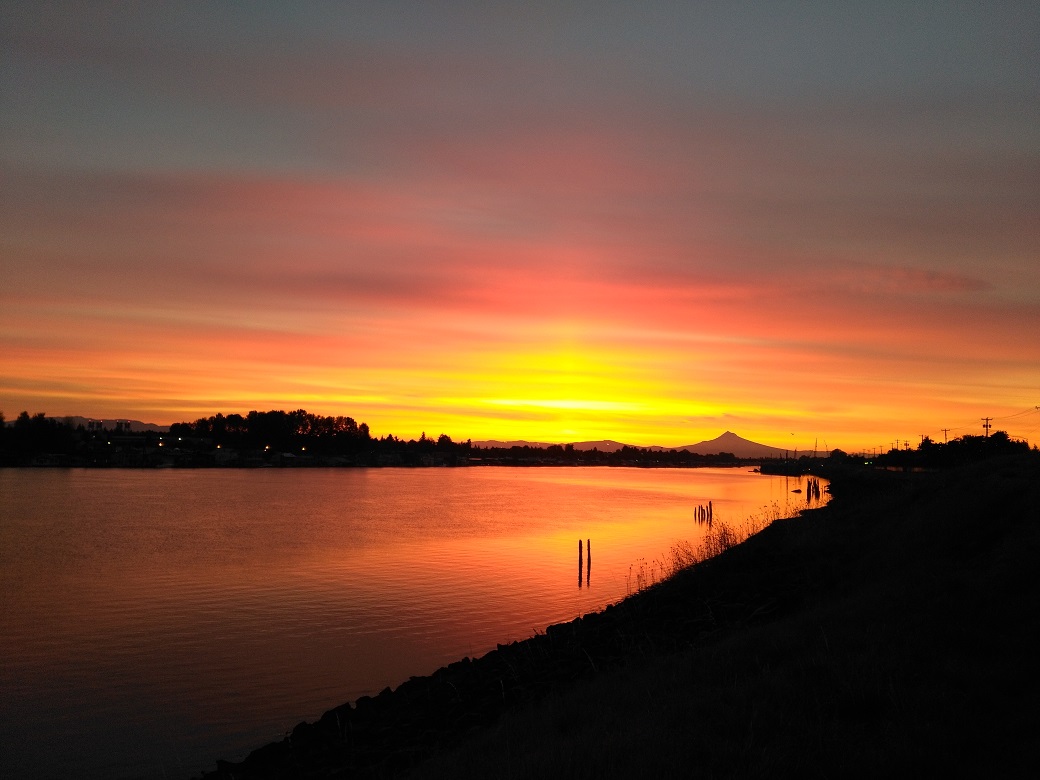 It was a rainy, warm hike in badger creek wilderness. Birds were singing among the oaks and rocks:

The stream was running background vocals:

We woke to a fog bank sleeping right next to us, floating atop the valley (so, at about 4000 ft.): 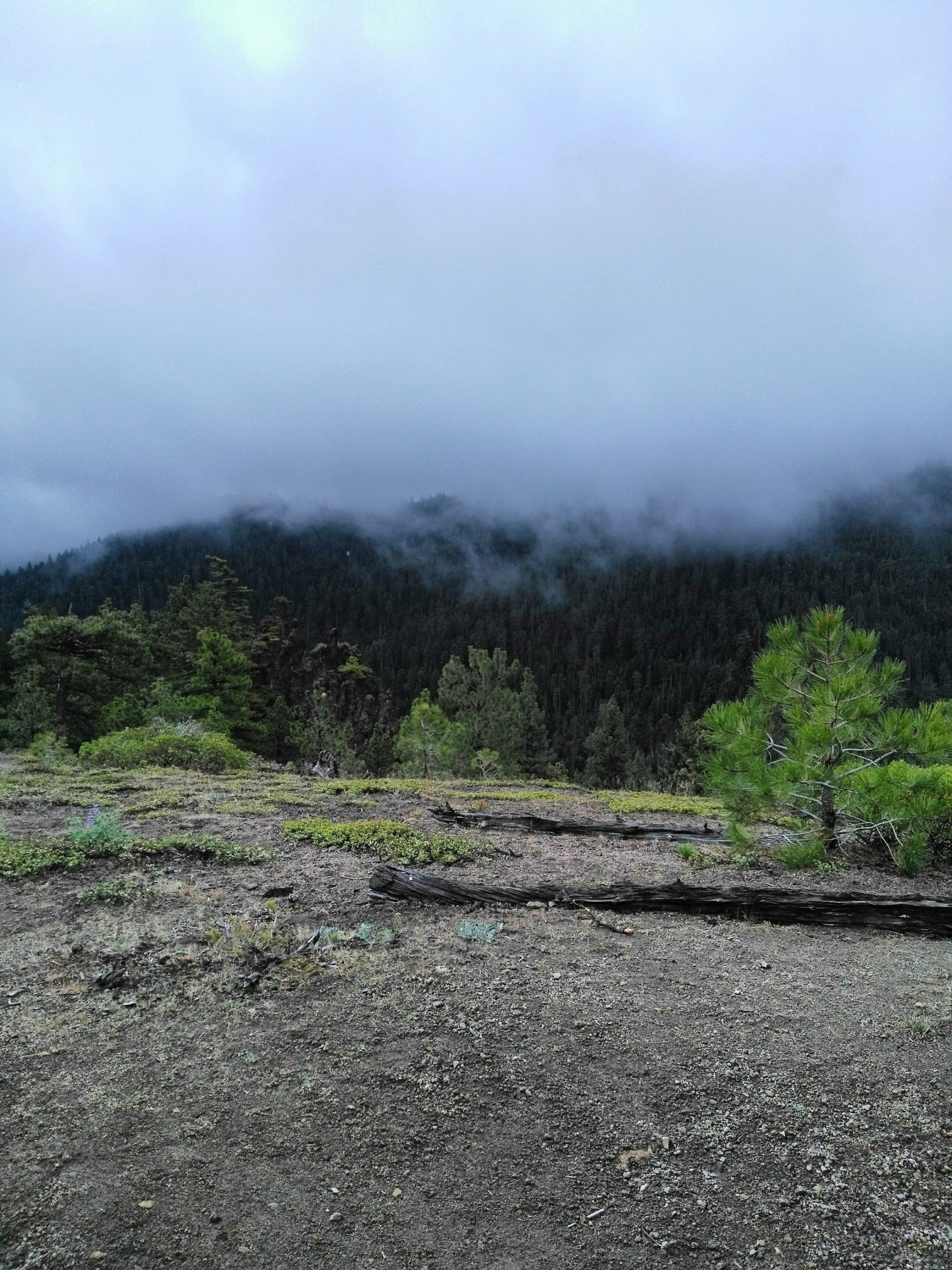 My old pack was running on empty despite being full; the shoulder straps gave out, but after a couple of decades of use.

My favorite bike shop was with me in spirit:

I am grateful to my hiking bud for inviting me.